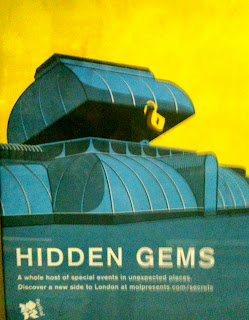 It's just like the poster says. Hidden Gems. Here are a few that we have been enjoying this summer. 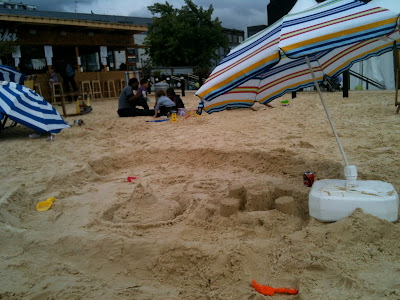 Camden Beach. On top of the restaurant at the Roundhouse in Camden they have created a beach with beach shack , deckchairs , buckets , spades , table tennis and Olympic screen. They even have good coffee. Heaven. 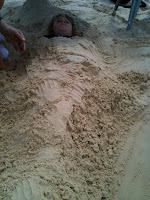 Next stop . Stonehenge , or rather the more fun Bouncy Castle version at Hampstead Heath. 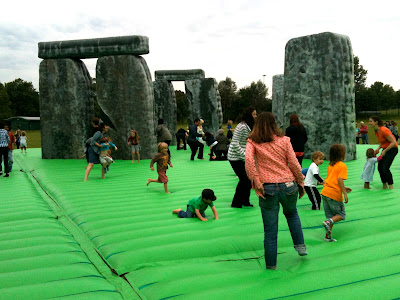 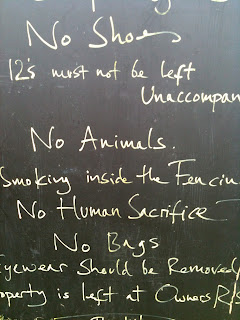 It's actually an artwork called 'Sacrelige' by Jeremy Deller. I am impressed. It's not often I get no backchat when I suggest visiting a cutting edge artist. He actually won the Turner Prize in 2004. Again not often I suggest a Turner Prize winning artist without some trepidation.It's on tour definitely go see it if you have a chance.