As part of the Olympics many countries have set up house in various locations in London and around Britain. As it happens one of those homes from home The Czech House is quite close in The Business design Centre in Islington. It also helps that we have an insider there( Husband) to get us in! So of we trotted not really knowing what to expect. 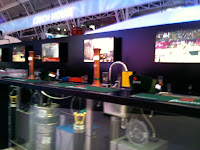 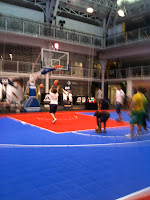 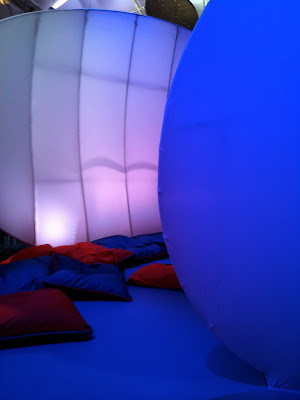 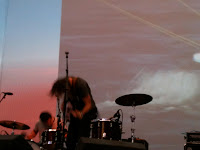 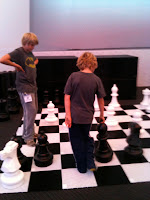 So what we found apart from the large double decker bus out the front doing push ups was a basketball court, lots of games from video to fuzzball , chill out zones , large screens with deckchairs flying buses and for the cerebral Chess. There was also  a tv studio which allowed my older son to fulfil a long held dream of appearing live on telly( in the background ). Those Czechs sure have a sense of humour which I guess we knew anyway from the opening ceremony and their outfits. I mean Wellies!!!How cool! 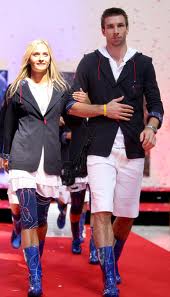 So after a large (not very ) Czech lunch and an ill advised half of pilsner I fell asleep to the dulcet ( I am still partially deafened) sounds of an independent Czech band doing a warm up. Aah London in the summer.
Posted by Sarah at 19:57