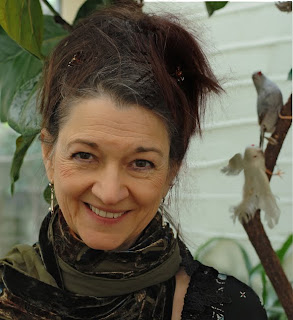 Marina Warner is a great heroine of mine, a writer and mythographer , it was her short story in 1990 "The Leg's of The Queen of Sheba" that inspired me to produce a whole serious of mythologically based works. It also inspired an Opera. So all in all a pretty evocative piece of writing well worth a read in The Minerva book of short stories . 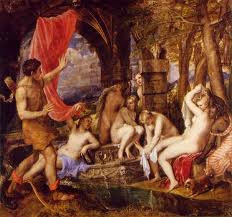 Anyhow I digress. She of the great writing gave a talk in Primrose Hill last night as part of the Primrose Hill Lectures. Titled" Myth making"  I could hardly not go could I . Fantastic! Lots of food for thought with insight into The National Gallery Metamorphosis exhibition  which has reunited the three Titian's from King Philip 11 of Spain's  private collection. It has also been the starting point of a variety of artist to re-imagine the Myths of Diana and Actaeon which has led the the controversy over the peep boxes. Must say that it certainly has inspired me to take a look.Maybe I will leave my raincoat at home though.